So, to the question presented in the title… Do you need one on your WRX or STI? It's up to you in the end, but I’m going to explain a few things that may help you make a more educated decision.

The factory system has a couple points at which it uses the intake manifold or the intake (pre-turbo) as a vacuum source to help remove positive crankcase pressure. Pressure behind the pistons works against the engines efficiency and power making potential. So removing this pressure is akin to removing parasitic loss. However, this pressure contains oil vapor and fuel vapor, and other inert gases which when sucked back into the intake manifold, or pre-turbo via the inlet pipe, pollutes the clean air and degrades the vehicle's performance. 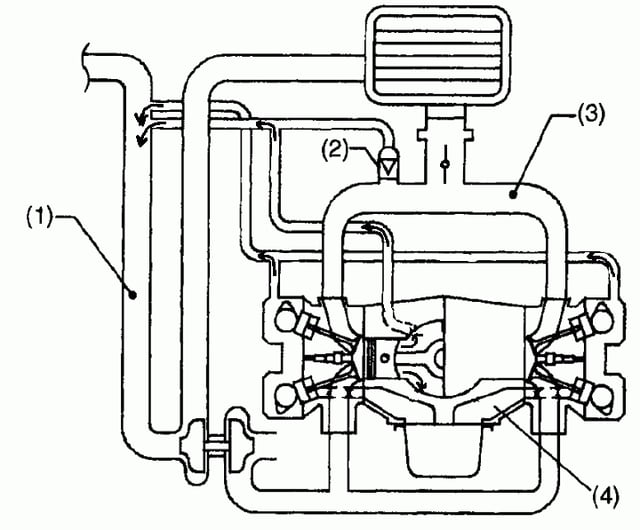 On the WRX and STI, you have two points where the valve cover (one on each bank) is vented back to the inlet pipe. You have another point which contains a PCV Valve and this is vented to the intake manifold. Under boost, the PCV Valve closes so as not to introduce boost to the crankcase. At part throttle, or any time the manifold is in a vacuum state, it will be open and allowing these blow-by gasses to enter the manifold. The vents at the valve covers are open all the time and allow blow-by gasses to enter pre-turbo during wide open throttle (WOT) operation when the PCV system is closed. 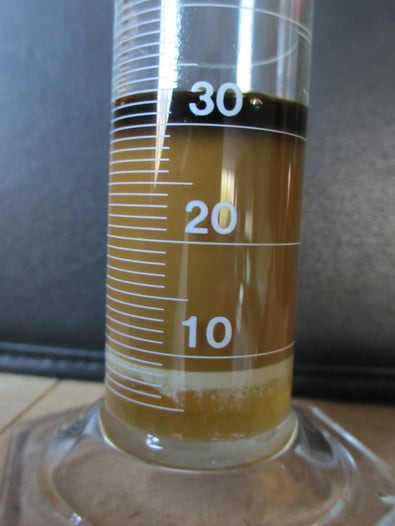 Your catch can doesn't just catch oil... Blow-by gas is a mixture of things that combine in the crank case and build up pressure if not relieved. It is a combination of contaminates that make their way past the piston rings and combine with oil vapor in the crankcase. This gas has an octane rating of about 40 and when it finds its way back into the combustion side of the cylinder, it can reduce the overall octane of the fuel and allow for detonation to occur.

To reduce the influence of these blow-by gasses, you need a catch can or an air oil separator (AOS) that will remove them from the system. These devices work to separate the oil vapor and everything else that makes up blow-by from the air and allow it to settle in the can or flow back into the crankcase as a liquid rather than a gas/vapor.

When this is removed from the system, you will be able to fit more clean air in the cylinders and in case you didn’t know, clean air has more power potential than dirty air. Your engine will run cleaner and have less working against its ability to make power.

This is especially helpful on Direct Injected (DI) cars like the FA20DIT powered WRX. Since the injectors are in the head, these blow-by gases will coat the valves and cause build up over time. This will drastically reduce performance.

#4 - The benefits of an AOS (Air/Oil Separator)

An air oil separator is a great device that makes running a catch can a lot easier. The AOS catches everything that a catch can does and you never need to worry about dumping it out. The downside to this is that you are dumping all this fuel/oil/blow-by gas mixture back into the crank case where it can mix with and slowly dilute your good oil. However, this is rarely an issue on cars where regular 3,000 mile oil changes are performed. 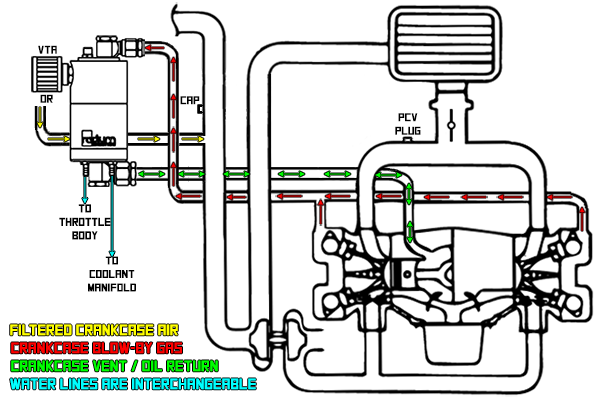 This diagram from Radium Engineering shows their AOS in action.

Another benefit to the AOS is that one AOS can often do the work of two catch cans. For instance, GrimmSpeed designed an AOS that mounts to the oil filler neck and separates everything to be drained immediately. Install is much easier and maintenance on it is negligible. Another company, Crawford Performance, has a larger can but also features a drain back to the oil pan. The Crawford AOS is much larger and can therefore separate more, but it does take up more space in the engine bay.

The Catch Can catches and keeps. Because of this, it will need to be drained regularly. Usually this needs to be done every oil change, but it is wise to check it periodically anyways to be sure. The contents of the Catch Can will also help reveal how your engine is doing. If it fills up quickly, this can be a warning sign to larger issues. Since the Catch Can doesn’t let its contents drain back into the pan, you don’t have to worry about oil contamination. 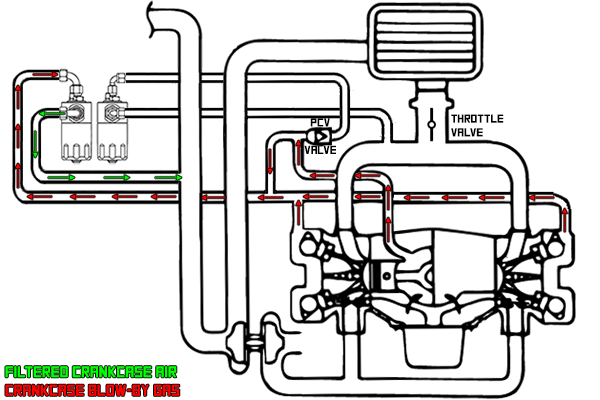 This diagram from Radiaum Engineering shows their dual catch can setup in action.

Catch Cans allow the PCV system to continue functioning exactly as stock since they simply intersect the points from the crankcase back to the intake tract. However, to maintain this factory like operation, you do usually need to run two separate cans. One for the valve covers, and one for the PCV system as this will maintain the OE designed flow through the crankcase.

Going back to the original question, again, this is an optional modification and technically not needed to operate a high performance car.  But if the point of a build is to perform, this could be considered paramount in achieving a higher level of performance both immediately and from a reliability standpoint.