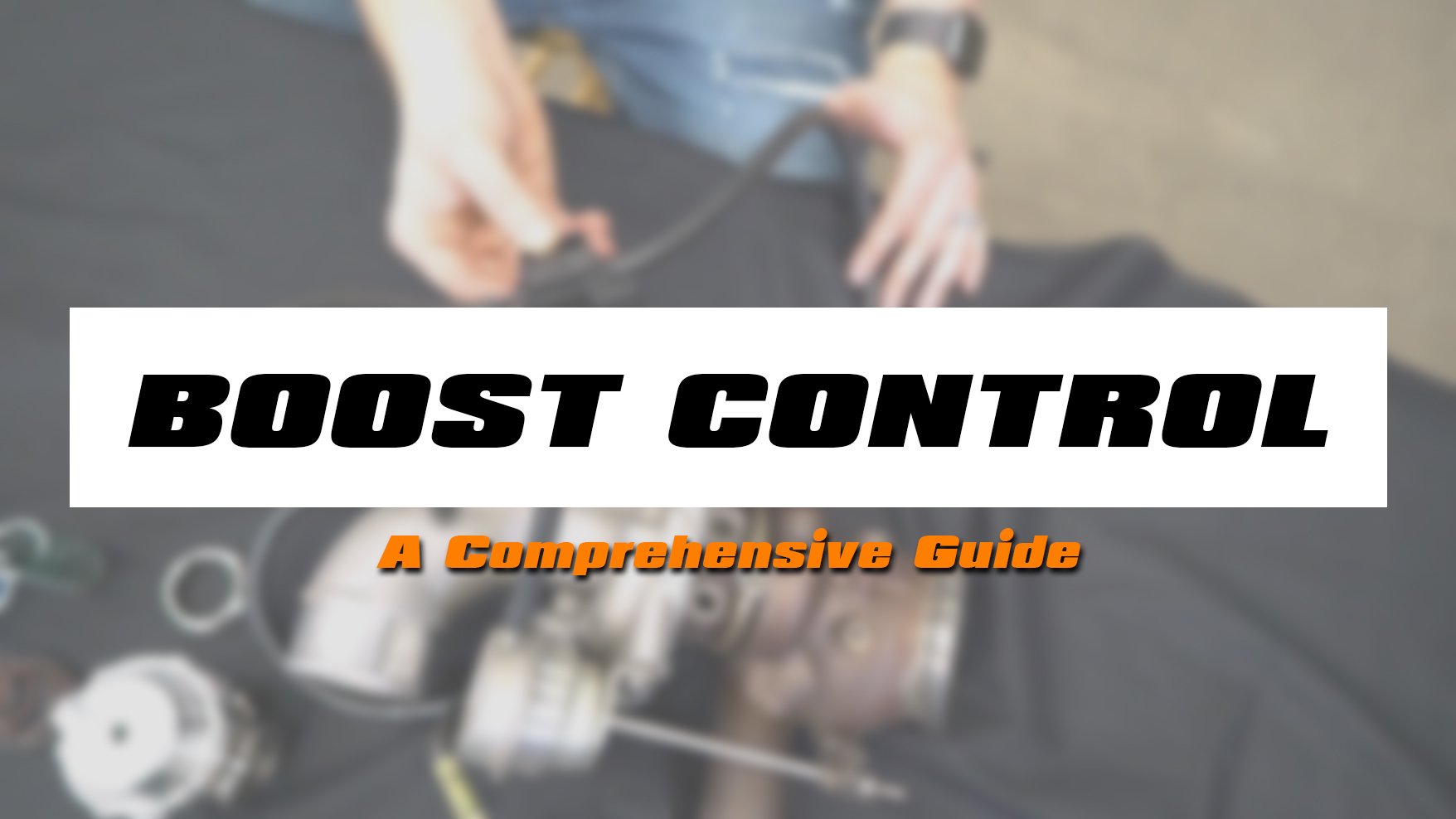 A Deep Dive Into Turbocharger Boost Control, Wastegates, and BOVs

Boost is awesome, and makes a turbo car do it's thing... but left unchecked, it can destroy an engine in seconds. With a good understanding of how boost is monitored, and controlled, you can be better equipped to get the most from your car, and understand when it's not behaving.

Recently, I’ve had the privilege of tuning three similarly modified Focus ST’s, pretty much one right after the other, with the only real difference between them being the wastegate actuator. All three had the basic bolt-ons, though brands did vary. This alignment of the planets allowed me to get some pretty close back to back data to use in comparison of the different options for modifying the factory wastegate on the Focus ST. Car number one came in with the actuator untouched and unmodified. Car number two came in with the factory wastegate preloaded a little more than stock. Car number three came in with a Turbosmart wastegate actuator installed in place of the stock actuator. When tuning the Focus ST on the stock turbo, you are pretty much just maximizing what the wastegate can do. WGDC (wastegate duty cycle) is going to hit 100%, meaning it's working as hard as it can to keep the wastegate shut, around 4000rpm and hold there to get as much boost as the turbo can give. This may sound harsh, but that's how it works on the Focus ST. Boost pressure on the small stock turbo falls off hard towards redline dropping as low as 10psi (keep in mind I am doing this testing at over 5000ft asl). I'm terrified of picking out an exhaust for my car. As those of you who regularly read our blog might already know, I bought my first performance car, a 2008 Mazdaspeed 3, back in 2009. The cat back exhaust was the last modification I did to it in 2013, a few months before selling the car. This was after I had gone full bore with a massive top mount HTA3586 turbo and Aux Fuel. Mazda OEM Parts are as important to going fast and achieving high horsepower on your Mazdaspeed 3 or 6 as the massive turbos spinning up all witchcraft behind the engine. Without crucial Mazda OEM parts, of which there are no adequate alternatives, you can not properly assemble a built motor, or even pump oil through it.