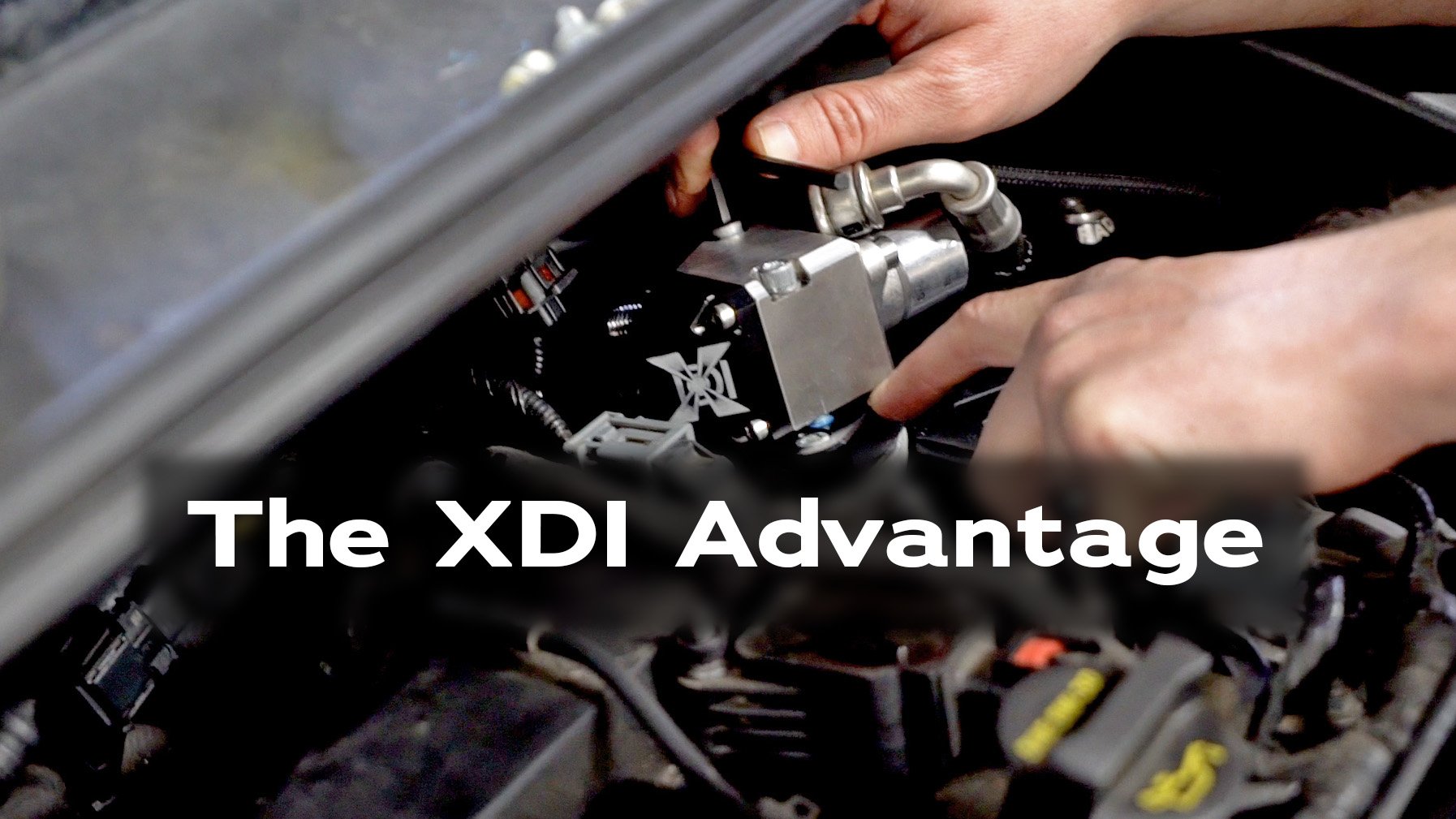 To say we're happy to have XDI around is an understatement. Before XDI, the Focus ST and many of it's other GDI fueled counterparts were limited to the factory fuel systems. Granted, many GDI systems are capable of fairly large flow increases unlike some other port fuel injected vehicles where you have to replace injectors and/or pumps almost immediately if you start modifying.

But we all know mild power increases aren't going to cut it for many of us. 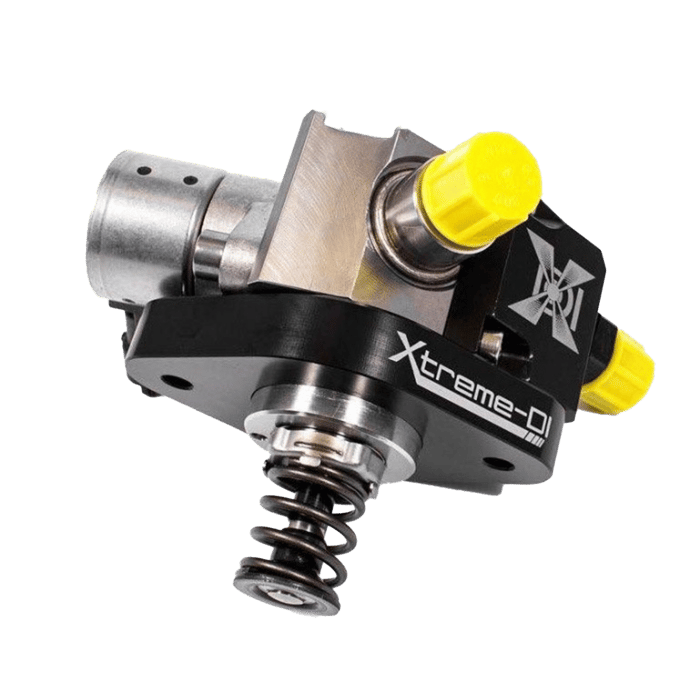 Until XDI hit the scene, the Focus ST required an auxiliary (extra) fuel system to get above 375-400whp. For example, our second turbo setup on our 2013 Focus ST shop/drag car consisted of a custom built BorgWarner EFR 7163 kit and we made 471whp using a blend of 50% ethanol and 50% high octane race fuel. Our fueling was delivered by way of a Stratified Xtra Fuel System where 2 injectors are placed in an adapter between the throttle and the intake manifold. The injectors in any kit like this must be controlled and told what to do. The stock ECU doesn't even know they're there so a secondary, much simpler controller is used to tell them when to start spraying and how much fuel is needed. The system works fine, but it's not ideal. It's a workaround.

XDI entered the mix a few years after EcoBoost motors came into the spotlight to deliver a factory style, high pressure fuel pump that allows more fuel to be delivered through the factory fuel system while maintaining the factory ECU tuning strategies. It's basically a bolt-on, factory replacement part. There is no extra hardware, no extra tuning devices, and no need to tap into an already existing system and add on to it. This is HUGE. 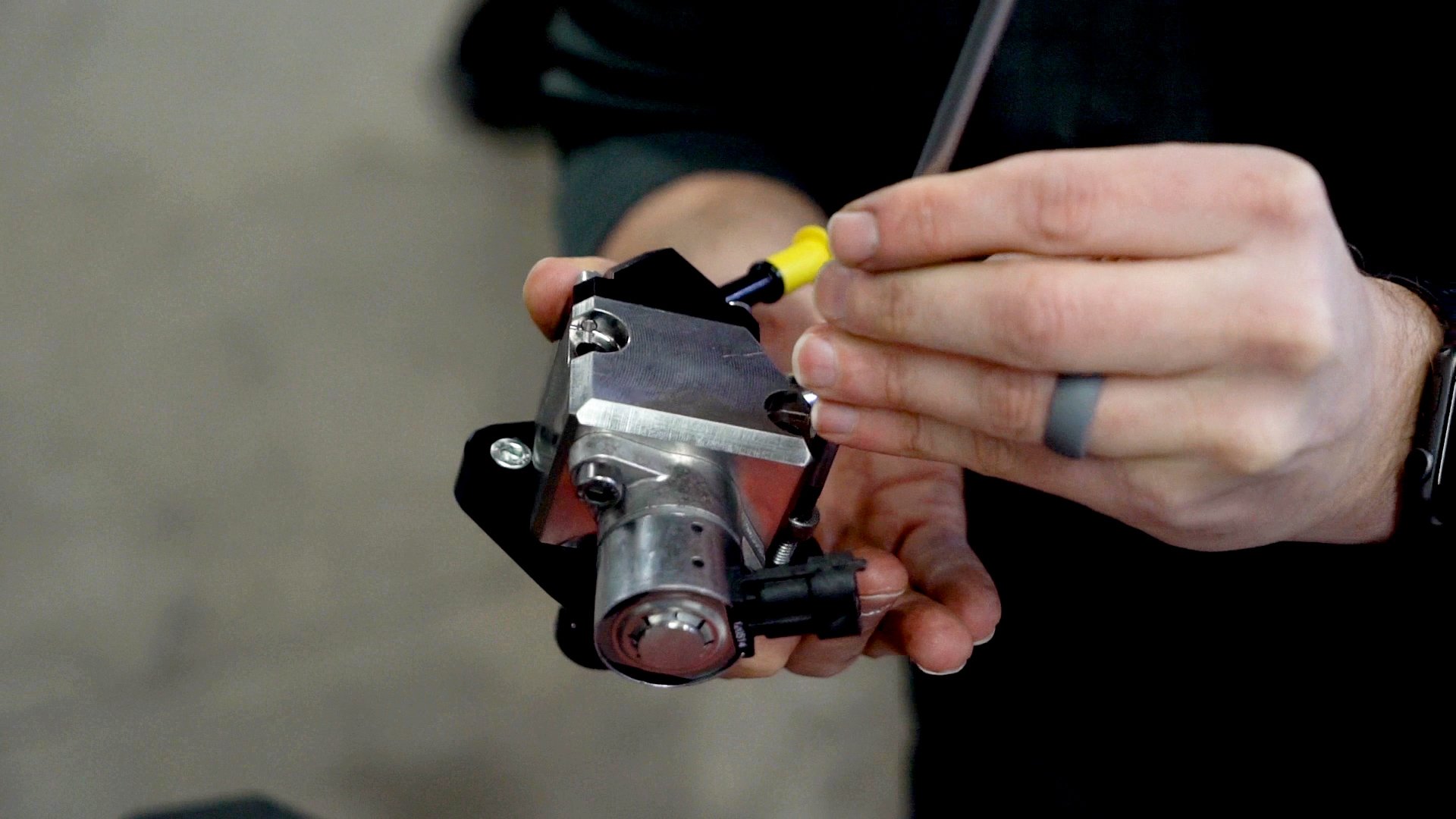 We recently put the newest EVO pump on our Project Half Send Focus ST to show what you can expect and what this pump is capable of. Of course, you can always check out the video on our YouTube Channel but we'll publish the data here as well.

Watch our video detailing the install and features of the XDI EVO fuel pump here:

Is an Upgraded High Pressure Fuel Pump Worth It?

There are a couple of reasons why this modification is important. If you are sticking with the stock turbo or maybe a small upgrade like the Garrett PowerMax, and you want to run a higher ratio of ethanol (up to a true 85%, or E85) than what the stock pump can handle, this is your solution. Secondly, if you plan on installing a turbo capable of over 400whp and you don't want to use auxiliary fuel to reach it's potential, this is also your solution. And remember, this is all without any add-on software or parts, just a one-stop install on the stock ECU.

XDI also has an upgraded set of injectors available, but we will go into detail on those in a Part 2 later on. We will be installing these injectors in tandem with the pump to maximize the potential of larger turbo kits as we test them.

What makes this XDI EVO pump so special?

The main idea behind the pump is not only to increase the actual output of fuel from the pump but to maintain the pressure while doing it. With DI, if you ask too much of the injectors and the pump can't supply it, the pressure starts to drop and the necessary amount of fuel can't move through. Being able to maintain pressure allows you to push more fuel through the injector when it matters most for making horsepower, specifically at high engine RPM. Along with making more power at high rpm, it allows the injectors to spray enough fuel at the peak of the torque curve when you see the biggest dip in pressure since you're at full boost but the engine isn't spinning fast enough for the pump to keep up.

The XDI EVO pump has been tested and proven to maintain high pressures throughout the rev range:

Remember, it's a mechanical fuel pump driven off a cam lobe. So the speed and performance of the pump is correlated to engine speed. In that respect, efficiency is key. The XDI EVO unit is much more efficient when operating faster, and can therefore keep up better at high RPM demands.

With the XDI fuel pump now installed on our own Project Half-Send, here are the before and after results.

The car features a catted turboback exhaust system, intake, intercooler, and Garrett PowerMax turbo upgrade. With the stock pump, the highest blend of ethanol we can use is around 30%. With the XDI pump, we can now throw in a true 85% ethanol blend and the pump holds up flawlessly. The difference is even felt on this mild Garrett Powermax setup.

Now to try and use all of what the XDI Fuel Pump can provide... stay tuned for what is next!