Recently, I’ve had the privilege of tuning three similarly modified Focus ST’s, pretty much one
right after the other, with the only real difference between them being the wastegate actuator.

All three had the basic bolt-ons, though brands did vary. This alignment of the planets
allowed me to get some pretty close back to back data to use in comparison of the different
options for modifying the factory wastegate on the Focus ST.

When tuning the Focus ST on the stock turbo, you are pretty much just maximizing what the
wastegate can do. WGDC (wastegate duty cycle) is going to hit 100%, meaning it's working as hard as it can to keep the wastegate shut, around 4000rpm and hold there to get as much boost as the turbo can give. This may sound harsh, but that's how it works on the Focus ST.

Boost pressure on the small stock turbo falls off hard towards redline dropping as low as 10psi (keep in mind I am doing this testing at over 5000ft asl). 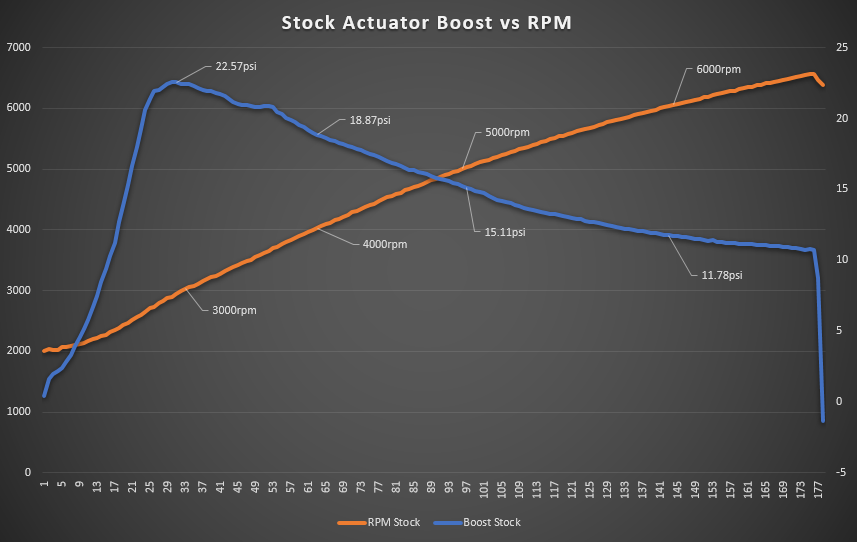 When you tighten up the preload on the factory actuator, you can maintain a little more boost on the top end. In this case, on car number two, I saw an increase of about 2psi over car number one with the untouched actuator. The average boost pressure was higher
throughout the pull, as well. This is pretty cool for a free mod! With a little sweat input, you gain horsepower and torque as well as added power under the curve. 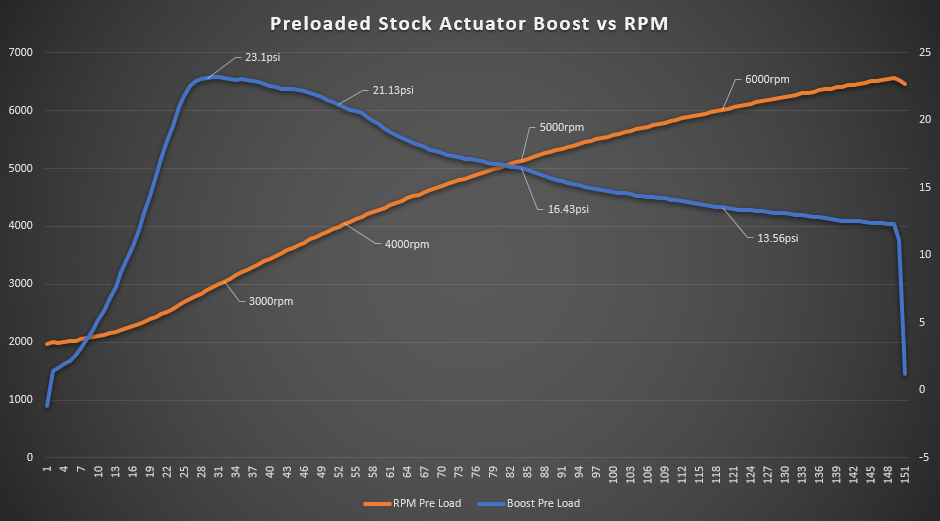 However, there is still some power left on the table. With the Turbosmart Actuator, you can see considerable gains in boost pressure throughout the curve. Low end boost needs to be
contained a bit more through tuning, but the top end can be set free for a whopping 6psi gain over the stock actuator. 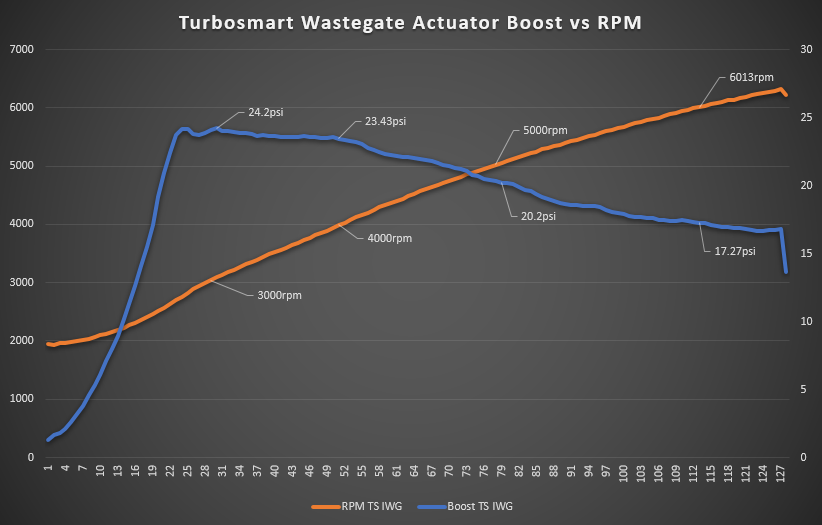 Granted, we are forcing the stock turbo to work really hard, but despite this hard work, there
are gains to be had. You can see in the airflow data below that the Turbosmart Actuator
outflows both the stock and preloaded stock actuator. You can also see that the preloaded
stock actuator outflows the stock untouched actuator.

This increase in airflow correlates to an increase in power as can be seen in this comparison
between the three cars dyno plots. 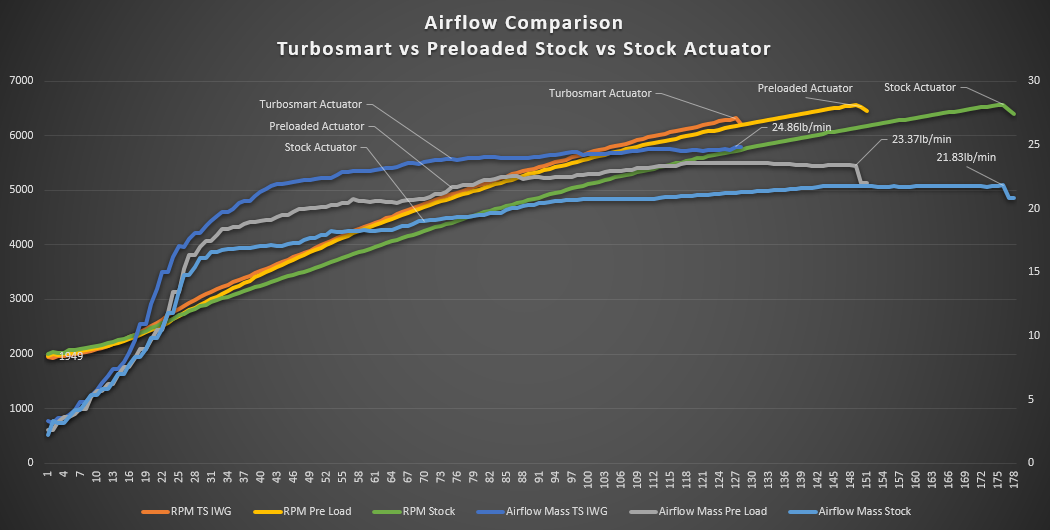 In full disclosure, we feel you should not do this modification if you do not have a sufficient intercooler upgrade on your Focus ST. With how hot the air is when trying to push the small turbo this far, it's critical to bring down the temps as much as possible. With that said, you really are pushing the stock turbo to the very edge and you need to understand the risks.