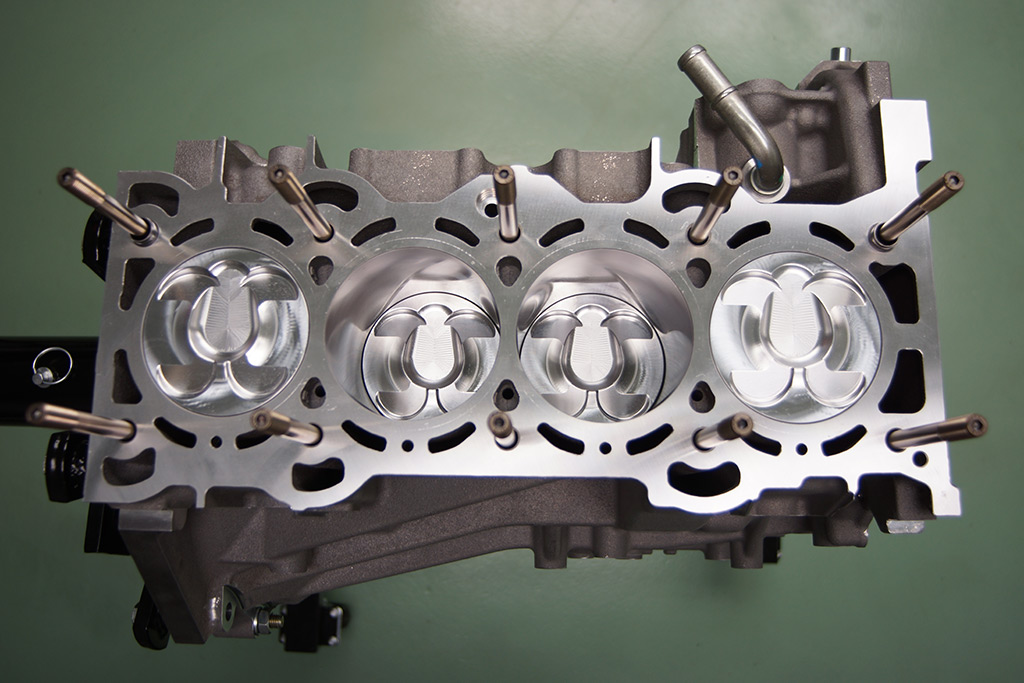 When To Build Your Focus ST EcoBoost Engine

The Focus ST is no slouch, that's for sure. It's an awesome performance platform right out of the box with a lot of potential through the aftermarket. Believe it or not, the engine can take a much harder beating than what Ford did with it. From the factory, the 2.0 liter EcoBoost 4 cylinder combined with the BorgWarner K03 "little turbo that could" cranks out 252 horsepower and 270 lb. ft of torque at the flywheel. In our own Focus ST project car, this netted us 237hp at the wheels. Our torque number suggested the Focus ST is grossly underrated because we measured 318 lb. ft. at the wheel. Regardless, it makes some good power at roughly 126hp per liter and even more torque. What about the upper limits of it's strength and durability though?


It's a question that anyone modifying their ST should ask and many do. When we first bought our own ST in April of 2013, a larger turbo hadn't even been put on a ST yet so we were eager to find out where the pistons and rods stand compared to some of our favorite stock 4 cylinder engines like the Mazdaspeed MZR DISI, Evo 4G63, Subaru EJ25, and others.

With about 10,000 miles put on our Focus ST, while on our 2nd big turbo setup, ours catastrophically and dramatically gave up on us. We weren't surprised. With every one of our dyno pulls, WOT runs, 1/2 mile airstrip events, and drag strip runs (as in dozens of each of those), each one made us feel like we were closer to the inevitable. Hitting the rev limiter is not friendly to a motor and we were asking for it by the time it retired itself.

At the time, we were at about 425-450whp on a custom BorgWarner EFR7163 turbo setup with a Stratified Auto auxiliary fuel system at the throttle body. The car felt great. But it was too good to be true. We found the limit.

Looking at the pictures below, you can see that once the rod broke, all hell broke loose in the crank case. The damage was so extensive, the entire block fractured from top to bottom. 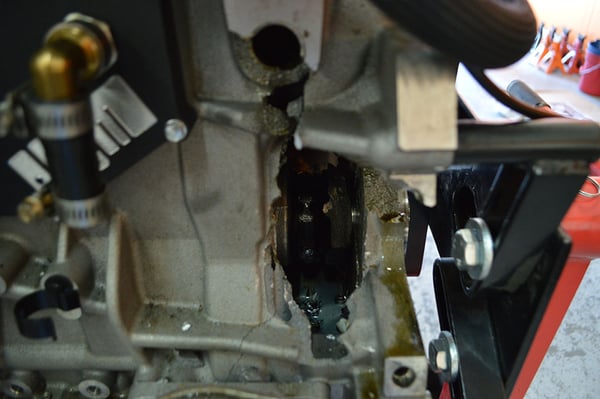 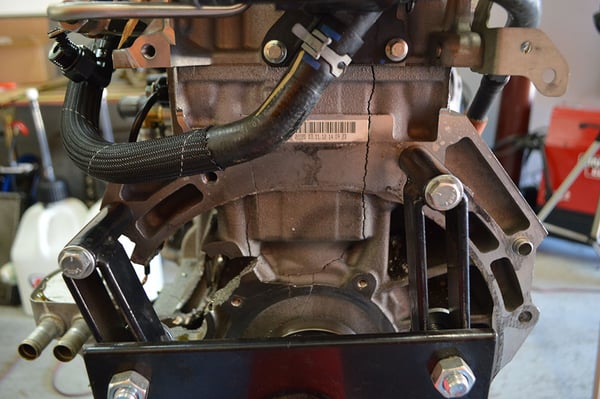 A normal daily driven car that makes 400whp will not go through what we did with our car. If you do the casual 3rd or 4th gear WOT pull getting onto the highway every once in a while or take your car to the drag strip once or twice a year, you might easily achieve 70-80k miles at that power level. Of course, the ECU tune needs to be spot on, which is another topic for another day. But if it is, you can bet the engine should last a while. But when do you actually need to build the bottom end? It's a question we get asked on a weekly basis. Here are some of the most common scenarios where you should seriously consider reinforcing your pistons, rods, and all the guts inside of your 2.0 liter EcoBoost.

This is easy. If you know you're going to put a bigger turbo on and you tend to push the limits and constantly pursue more power, speed, etc., then building your motor can happen at any time before you get there. When you're picking out your components like rods and pistons, make sure you get the components that are recommended for where you think you're going to end up, plus a little bit better. You always want to overbuild slightly, instead of building for the sake of building. Pick the right stuff. Building for the future is typically the least stressful and most positive experience you can have. You're not in a rush, you're picking what you want, and you're getting it done without being forced to compromise because of time.

Many engines need to be rebuilt simply because the components are currently failing. This could mean that you have a leaky piston ring and you're losing compression. It could mean your leakdown test shows that the valves or head gasket aren't sealing properly. It could mean something much worse like a broken ringland, scored cylinder, bent rod, spun bearing, or a head gasket failure, all of which could potentially cause even more damage with continued use. At this point, it becomes a much higher priority to rebuild your engine quickly before it turns into a bigger problem.

Reason #3: Too Much Power

You might be making a lot of power already and although there are no signs that your motor is failing currently, it could change relatively quickly with repeated high power use. There's no telling when a motor might let go in one of the many ways it can. The more power you are pushing through an engine, the faster the components wear and fail. That includes bearings, piston rings, rods, pistons, etc.

A high mileage car by itself might not be a problem. But if you just picked up a ST for a sweet price that has 125k miles on it and you want to throw 400whp at it, you may want to reconsider the order of operations. Rebuilding the engine with not only stronger components but fresh components too, is probably the right choice. There is a big difference between a couple bolt-ons and a couple hundred extra horsepower. That tired engine isn't going to like how you're taking care of it in it's later years and eventually, it'll let you know.

Regardless of what condition the car is in at this very moment, it might be time to build it just because of what you're going to do with it. Sometimes you're only going after 50-100 horsepower more. Relatively speaking, that's not that big of an increase but what if it's making that much more power while only seeing high revving, high boost, high load situations constantly. The fact is Ford knew most of their Focus ST customers are driving in to work and heading home for the day, 5 days a week, with a few trips to the grocery store and gas station in between. But if you're putting in a couple 10 lap sessions or blasting down the drag strip once per week, you should seriously consider putting together a performance motor, especially if you have any sort of larger turbo.

Reason #6: Cheaper To Build Than To Blow Up

I'm unofficially naming this the "blindside" build. This is what happened to us. Although our car isn't a daily, we didn't exactly want this to happen. It comes at a moments notice, just as you were least expecting it. Not only are you blindsided by the huge puddle of oil you just laid down in front of the semi truck cruising behind you but you also just blindsided your bank account because you just lost the only engine you had which was worth about $1,000-$2,000 or more. Instead of using your own motor, you now have to go buy a core. If all you buy is a running core, that's fine but now you have the same motor you just blew up once already. Realistically, you need to build your engine but, you don't have an engine. So, you buy the new core for around $1,000 or so and now you have to disassemble your engine (or have a professional do it) and rebuild it on top of that. This is the build that makes you regret not building sooner. If you can do simple math, you can understand why this isn't the way you should be building your engine. It's never convenient to need to build like this, either. What if parts are on back order? What if you don't have a ride to work? What if the machine shop has a 6-8 week wait (the good ones always do)? Going from having a car to no car in an instant isn't fun, especially if it's your daily driver. Do the smart thing and build before you get to this point.