First, we love ACT. We've been selling their clutch kits for other cars for a long time now and to date, they probably have the highest reliability among our customers. We hear very few issues given the nature of a performance clutch and ACT is great at handling any customer service related issues, if they happen to pop up.

With that said, they have a high level of value per dollar and a wide variety to choose from based on what you're doing with your car. The kits are always offered in a very complete package with everything you need to install it, in most cases. In the case of the Civic, you can reuse your factory flywheel bolts since they are not a torque-to-yield style bolt, so the ACT clutch kit does come with everything you'll need to replace the entire clutch system.

Search for your ACT clutch here.

There are 5 total clutch kits for each of the 1.5T and 2.0T platforms that mainly differ in the clutch disc itself. For each engine, the pressure plate stays the same across all kits. ACT has paired the pressure plate strategically with the potential torque production of each motor. The flywheels are chromoly steel construction and single mass. Although it's not aluminum, each flywheel comes in just above 17 lbs, far less than the 31.4 lbs the stock 1.5T flywheel weighs!! 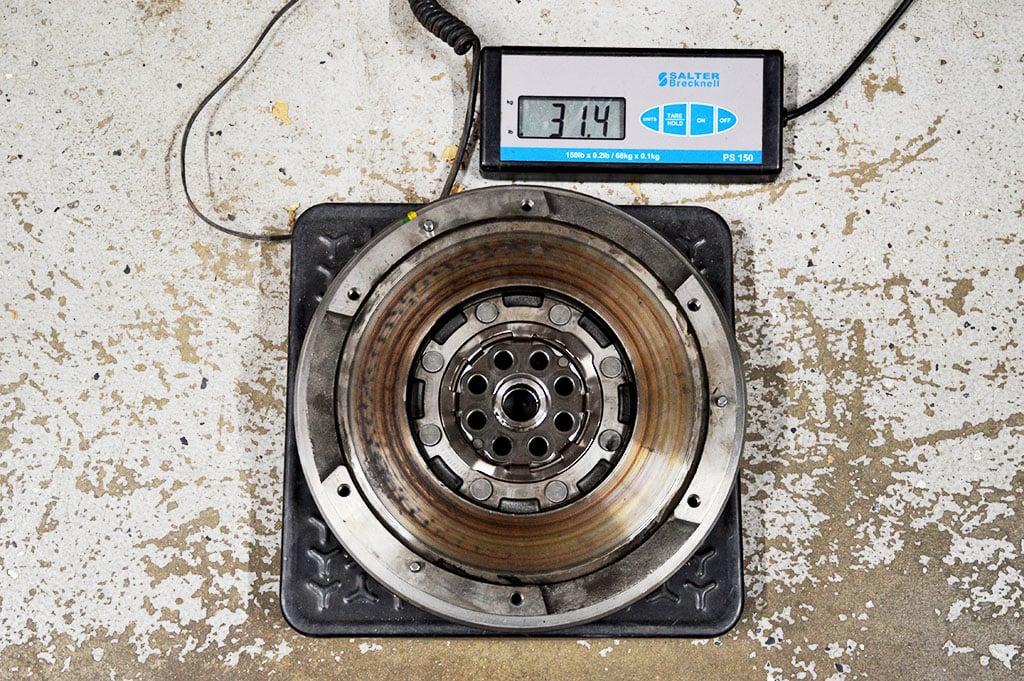 The first type of kit features a full-face, organic material clutch. A full face disc is a little more street friendly as it isn't so light that the pressure plate grabs it as quickly as a segmented, or puck design. It also has a lower coefficient of friction, allowing the disc to spin a little more as it engages for a smoother feel. There is also less pressure applied to any given area since the area is more spread out. However, if you're planning on putting in a good amount of time at the track, it might not be the right solution. This is best for light, intermittent track use or street use. 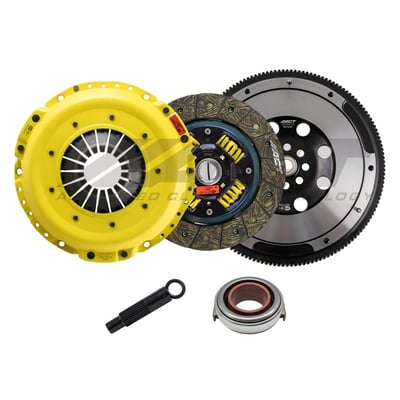 The next 2 types are both "puck" style kits with either 6 or 4 pucks and feature a ceramic material. The less amount of pucks you have the more pressure will be applied to those pads. This causes quicker, more abrupt engagement. It also engages quicker because of the lighter nature of a disc with less material. The ceramic material also has a higher friction coefficient than the organic material, meaning it grips against the surfaces of the flywheel and pressure plate better. It also handles more heat which is why torque ratings typically go up with this style of clutch. These kits are great for those that want to put in a few passes at the drag strip or several laps at a time on a road course without worrying about putting some heat through it. It'll be able to grab better than the organic disc when things get hot. However, they are still able to be driven on the street, just with a little less comfort than the full face disc above.

The last set of options you have is the sprung or unsprung disc. The springs serve to reduce the amount of shock through the driveline as the clutch engages. This allows slightly smoother and quieter operation.

The bottom line is, as you move through the line of ACT clutches for the 10th Gen Civics, the less material (pucks) used and the more rigid the disc (no springs vs. springs), the more you're compromising comfort and increasing the performance. However, all kits are a big upgrade from the stock setup and will have you laying down more power to the road no matter what you choose.

Here's a table of torque ratings that ACT has published for how much torque each kit is rated to hold. Keep in mind, these are estimates and by no means are they cut and dry as to how much torque the clutch can actually hold.